Listen to the live performance of Benjamin Britten – Piano concerto op. 13 (revised version, 1945) at the Philharmonic Hall in Skopje premiered on YouTube on 18th of March 2021.

Towards the concert of Mimoza Keka – piano, at the Golden Lyre 2017

First, some important references for the young pianist Mimoza Keka, who in the hall of the Museum of the City of Skopje, most pleasantly surprised the audience, especially the author of this text. Coming directly from our piano school, which by the way ranks very high with the quality of the educational system, tradition and an excellent pedagogical staff, graduated in the class of Prof. Todor Svetiev, then received a master’s degree under the guidance of Prof. Lilya Zilberstein, we should remember this pianist name very well, because in fact her artistic appearance, with all the interpretive baggage she spilled on the stage, will lift her into the world of the big art stages.

Keka, fascinates with the emotional and physical strength that are obviously the strongest steam for her to deal sovereignly with the very demanding works, this time with the imposing sonata in h-moll of the great Franz Liszt, a work which by its tonal and technical handwriting convincingly approaches the so-called piano symphony, which she overcame with an inexplicably easy approach the ingenious artistic nature of Liszt, in which at one moment the piano sings the most lyrical melody and immediately that same lyric grows into a huge and unstoppable wave of bravura technique that throws the artist on a dangerous field to fight that inexhaustible virtuosity – a training ground where you can easily lose your way. But that sublime artistic act of visible exposure of very detailed performed music score was obvious for Mimoza Keka, she with her own artistic fanaticism conquered that grandiose Liszt’s challenge called the terrible Sonata in h-moll, to which even more experienced piano masters do not come close because it is really too difficult to perform – plus for our young and very promising pianist, who was easy to recognize as an extremely serious artist, who completely surrendered to her majesty – the Music. And her wisdom that the impressive Liszt is reached through the impressionist spectrum of the pianistic color of Ravel (Jeux d’eau) and Debussy (Images, book 1; L’isle joyeuse) was just a virtue of respect. Her piano filling of these two Impressionist giants was a great interpretive performance, a significant warm-up for the Piano Marathon in the Sheets of the Sonata that rightfully took the central place in the program of the concert session.

And with curiosity in the future we will expect this young gifted pianist on stage, because she deserves it, indebting our music public with her high quality artistic profile, for whose real face to experience as a rare revelation on the piano scene, justifies the Golden Lyre Festival, whose subtle mission of this years edition was essentially fulfilled – to present to the Macedonian concert scene new great young artists, a generation of quality performers who convincingly announce freshness in the reproductive art in our musical life. We wish them bright and successful artistic careers not only on our concert stage, but also on the stages of the world capitals, where they will dignifiedly celebrate their art, but also the country where they sailed in the musical waters. 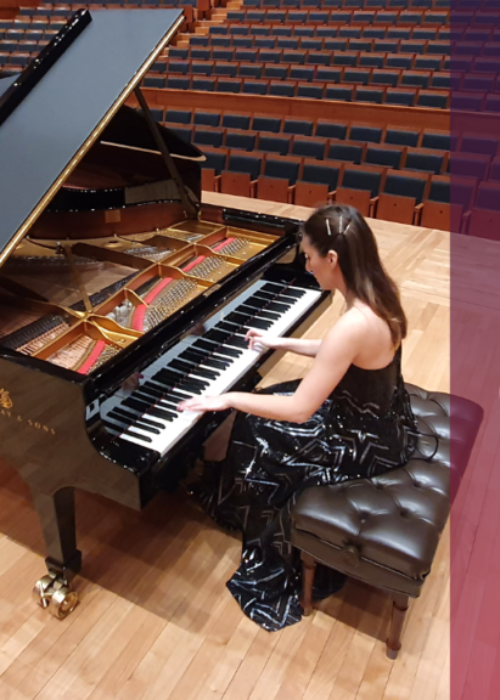 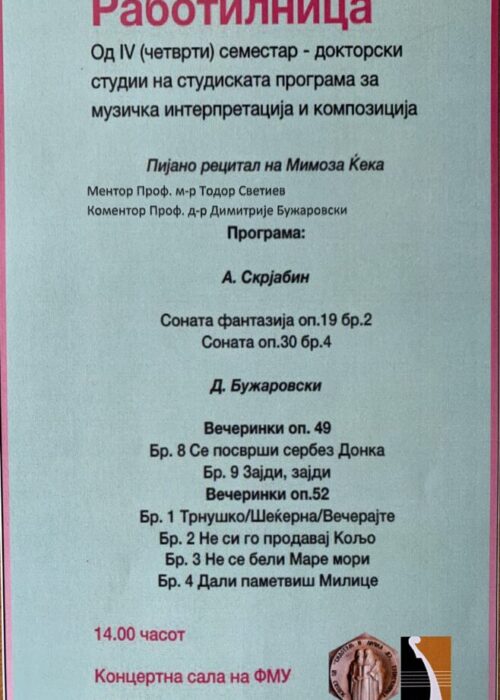 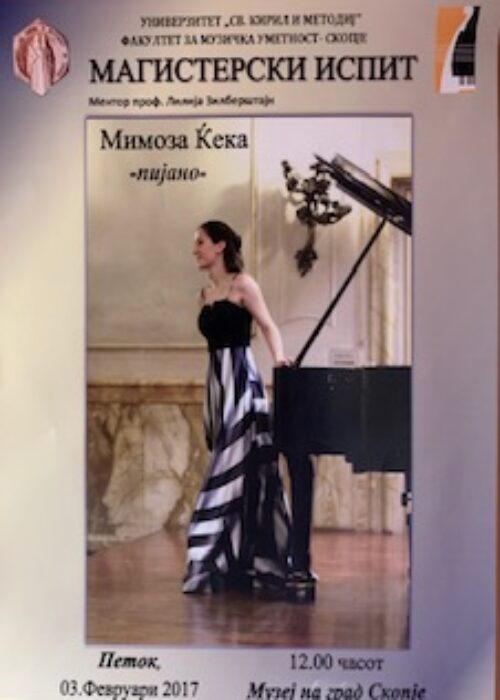 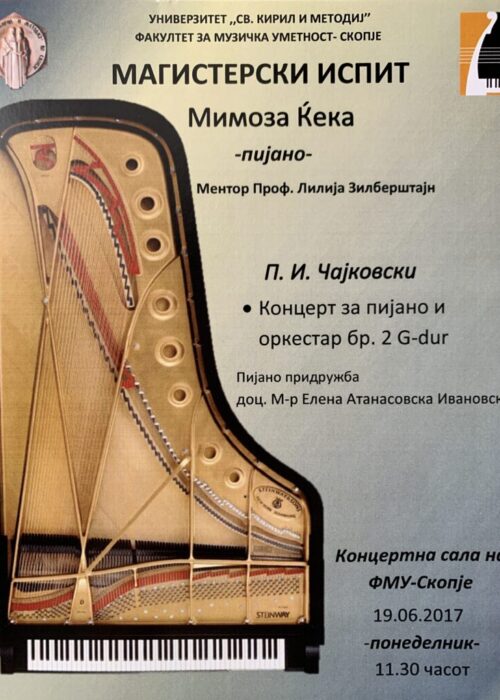 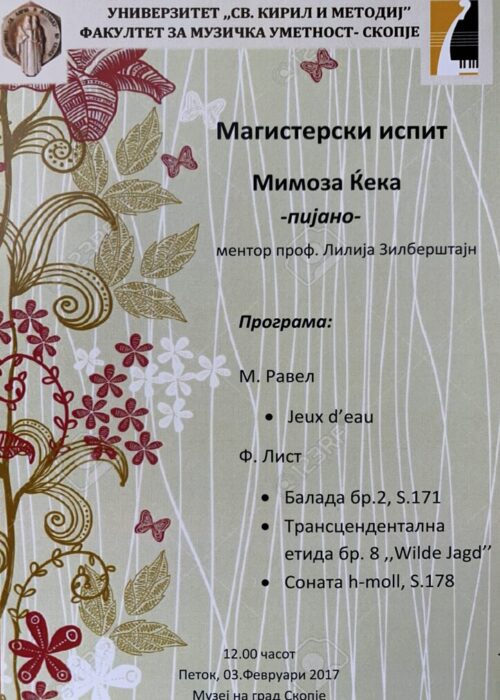 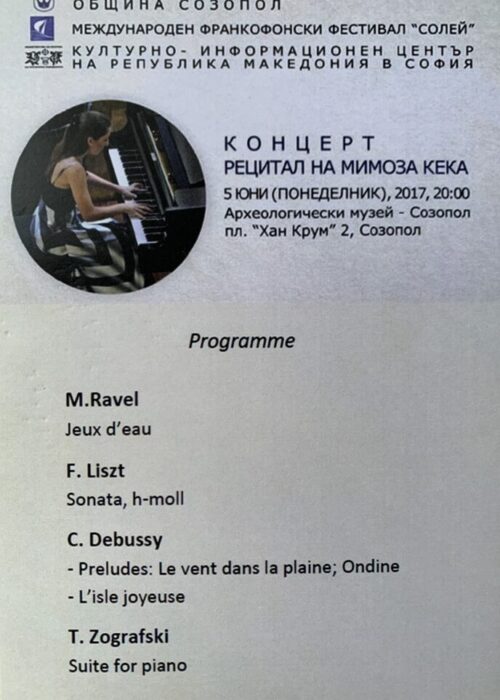 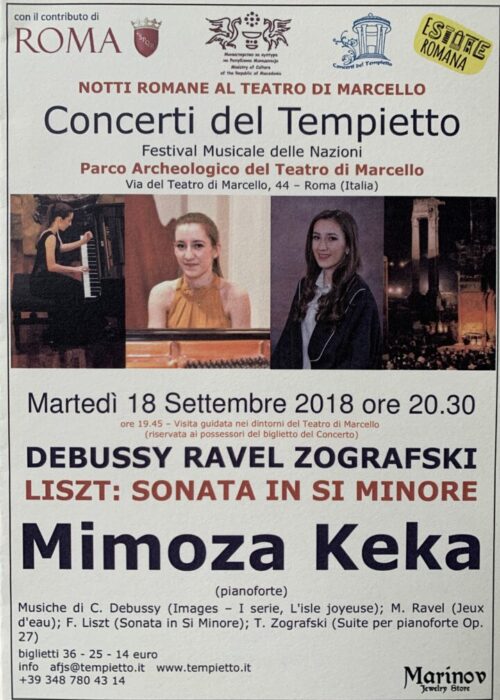 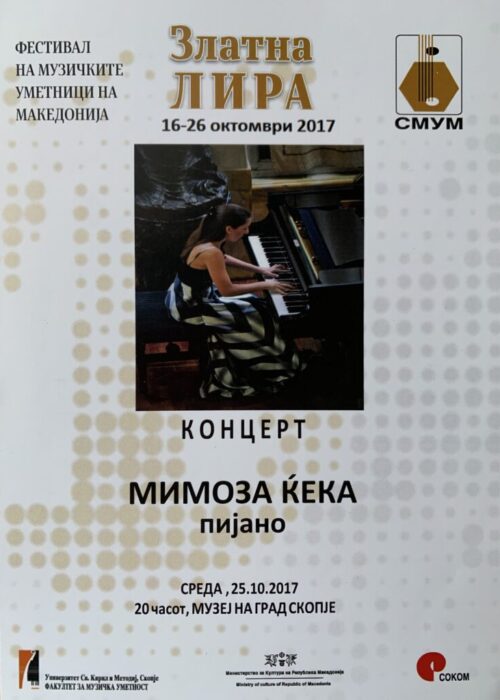 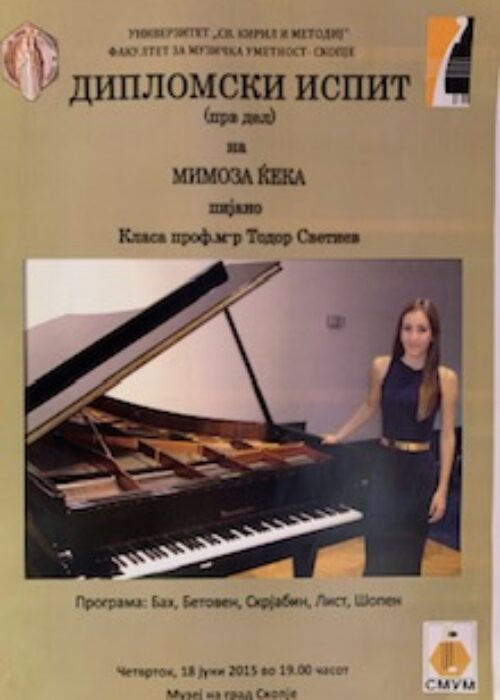 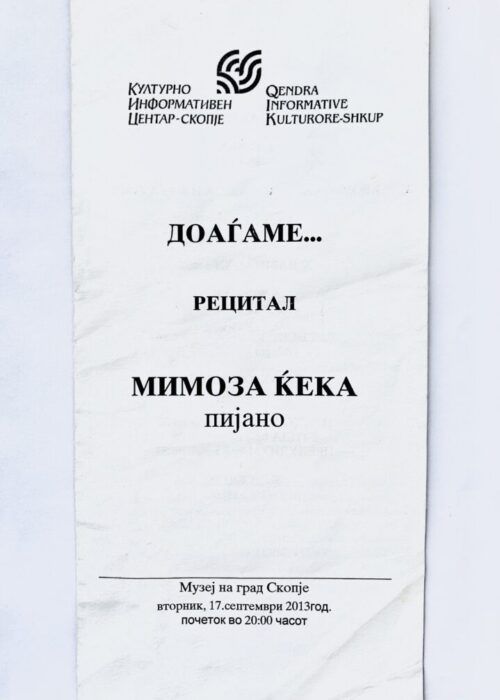 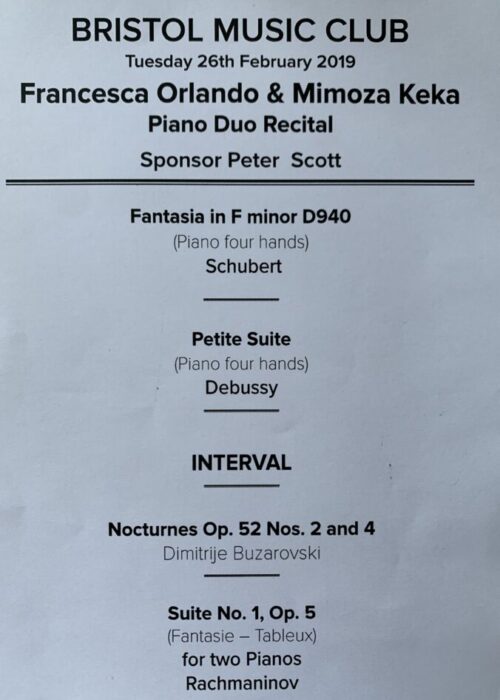 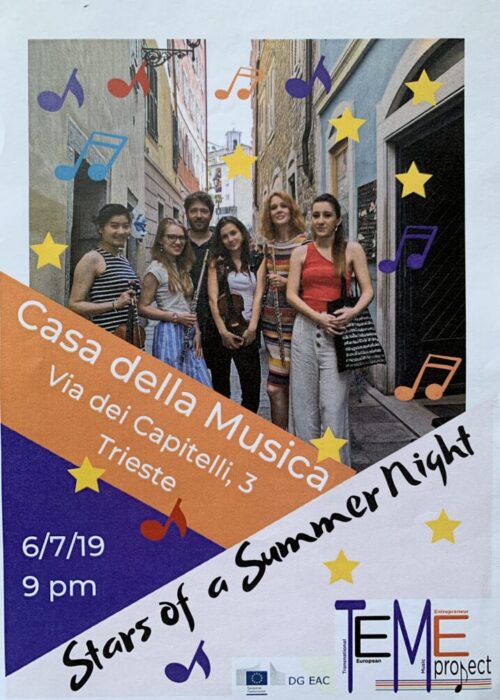 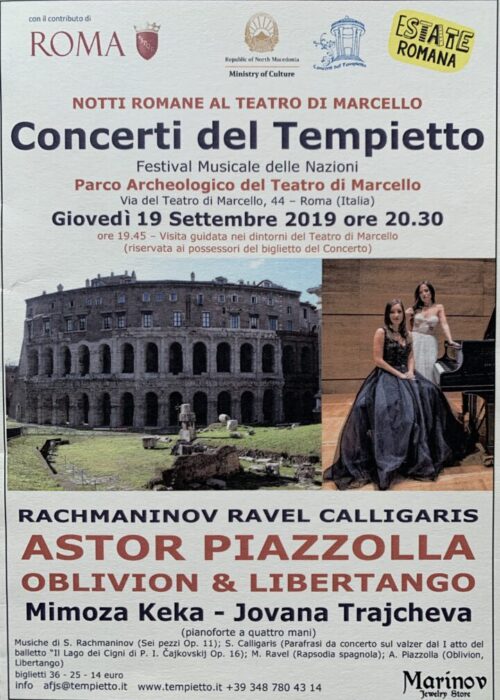 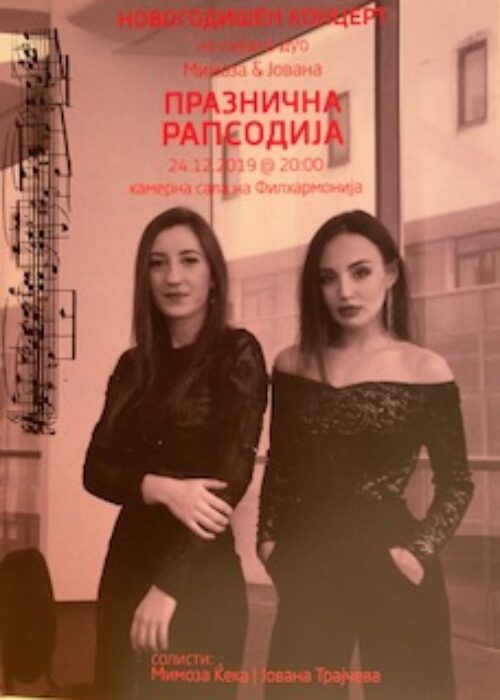 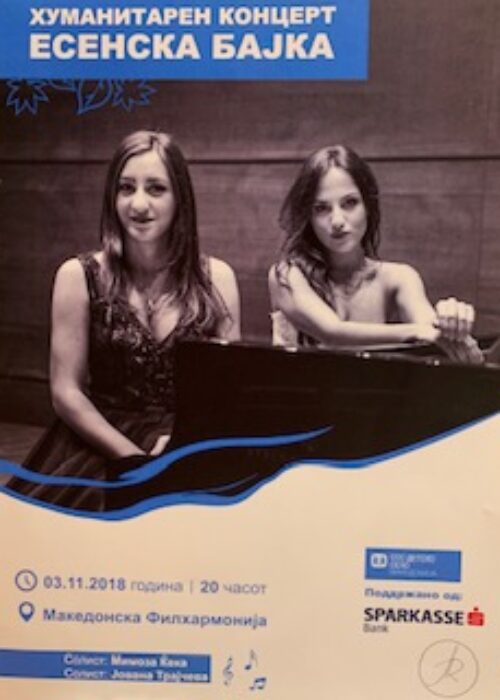 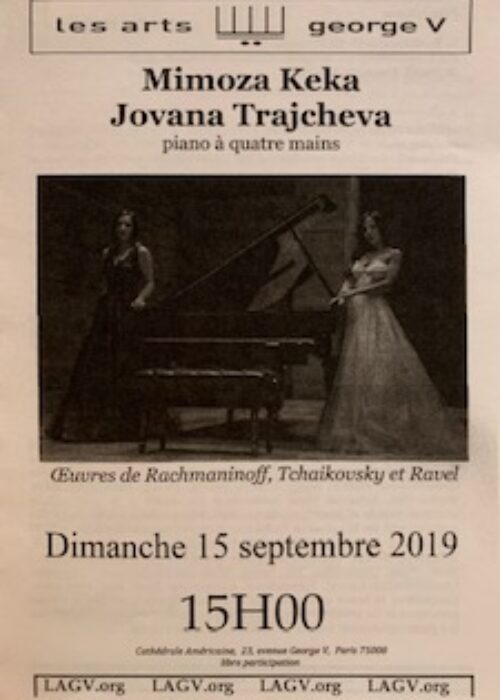 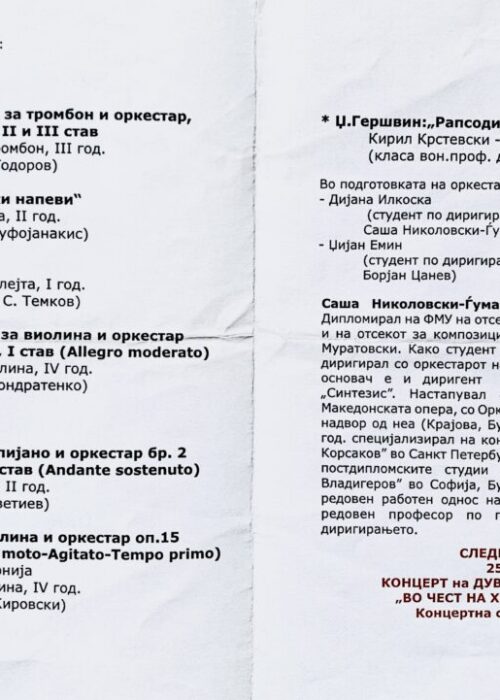 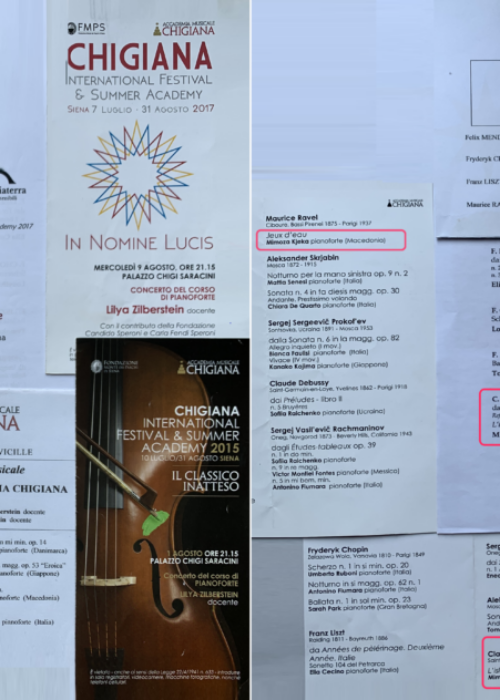 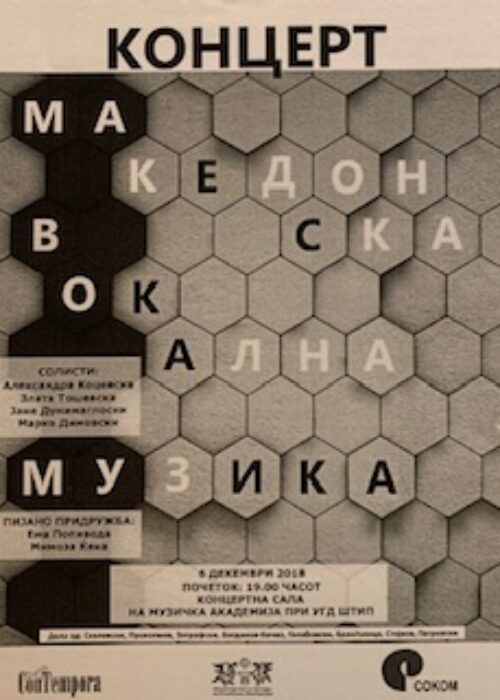 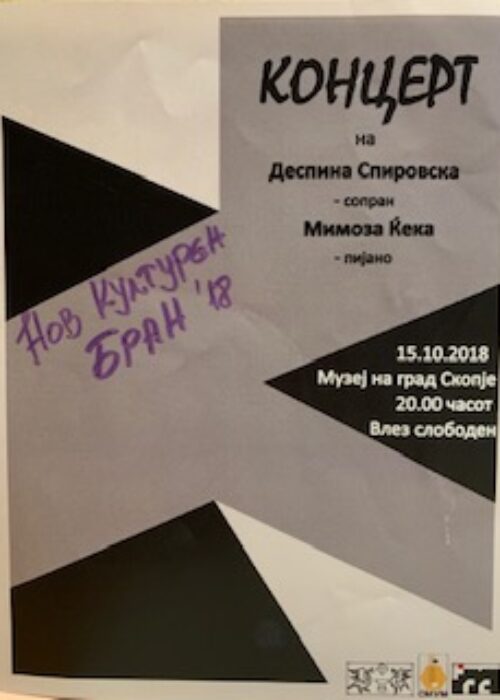 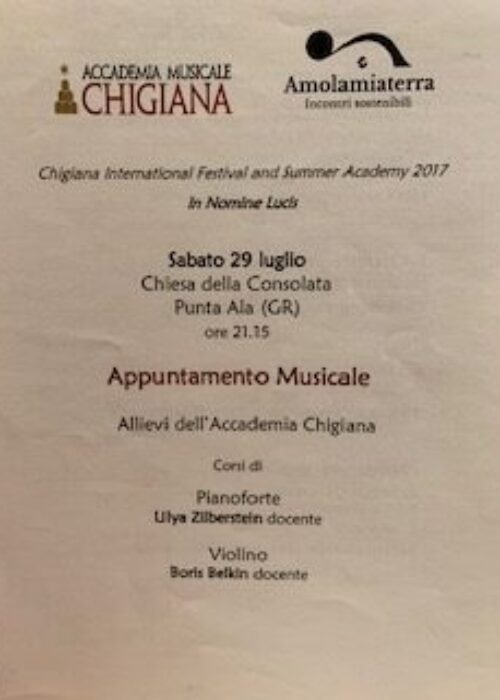